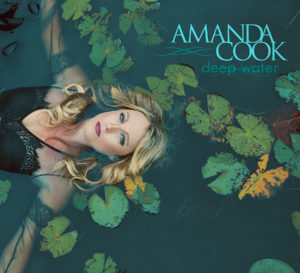 Mountain Fever Records is proud to announce the first single release of their new artist, Amanda Cook. “No Rhyme or Reason” is available exclusively to Radio Programmers today and will be released to consumers next week.

Jay, Florida’s Amanda Cook acquired a love of bluegrass from her father who played banjo throughout her childhood. In early 2007, Amanda formed bluegrass group High Cotton with her father and received her first taste of performing, fueling a fire to continue on a professional level. In 2013, determined to create her own sound, Amanda stepped out on her own and released her first solo album One Stop Along the Road. The self-released album brought Amanda significant regional attention and furthered the desire to grow her brand, resulting in the addition of a full touring band. Amanda has created quite a loyal fan-base through her palpable delivery of  a soul-wrenching song. And her light-hearted, down-to-earth style helps her create an undeniably strong connection with her audience.

Amanda’s first single from her debut album for Mountain Fever Records is “No Rhyme or Reason,” written by Eddie Sanders, Dennis Crouch and Don MacAfee. Of the song, Amanda says, “This song spoke to me from the very first listen. It reminds me of the love my husband and I have for one another. We came from two very different backgrounds, and marrying at 19, not many people understood why we wanted to get married so young. But, here we are 20 years later and happy as can be.”

“No Rhyme or Reason” is available today to radio programmers who may download the song via AirplayDirect or by emailing radio@mountainfever.com for a digital download. Mountain Fever will release Amanda’s debut album for the label, Deep Water, November 3rd. For more information on Amanda Cook, please visit her at www.AmandaCookBluegrass.com and follow her on Facebook. For more information on Mountain Fever Records, visit www.MountainFever.com.