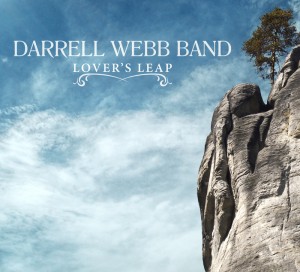 Mountain Fever Records Releases New Music from the Darrell Webb Band
“If You’re Thinking You Want A Stranger” Hits Radio Today!
Lover’s Leap Drops February 10, 2017
Purchase Single and
Pre-Order Album Now!
Mountain Fever Records is proud to announce the release of brand new music from the Darrell Webb Band. “If You’re Thinking You Want A Stranger” is available to radio and consumers today with the new album, Lover’s Leap, releasing February 10, 2017.
Darrell Webb has been touted as one of the best modern day vocalists in bluegrass. He’s been performing professionally for over 20 years, much of that as part of notable bands such as Lonesome River Band, Wildfire, Michael Cleveland & Flamekeeper, and Rhonda Vincent & the Rage. So when he stepped from the shadows to try his hand at fronting his own band in 2009, there was little doubt he would be successful. His 2014 debut release with Mountain Fever Records, Dream Big, served him well with airplay resulting in eight Top 10 charting singles, and a performance schedule that kept his band quite busy. Since then, he’s reconfigured his group to include Tyler Collins (Dobro), Jacob Shelton (bass), Jared Hensley (guitar), and Collins Miller (banjo). With a strong sound and renewed enthusiasm, the DWB headed back into the studio for their sophomore release, Lover’s Leap. The first single should whet the whistle for all DWB fans. “If You’re Thinking You Want A Stranger” became a country classic as recorded by George Strait on his debut album in 1981. And that statement —”George Strait can do no wrong” — If this first single is any indication, neither can Darrell Webb.