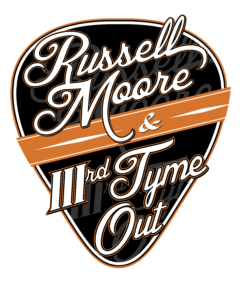 One of bluegrass music’s most formidable bands, Russell Moore & IIIrd Tyme Out,  is announcing the departure of one of their long-time members, Justen Haynes, who has been the fiddle player for over 12 years.

Russell Moore, the band’s founder and leader states, “Over the holidays, Justen and his family came to the conclusion that it was time for him to stay home more and concentrate on their new business, requiring that he leave his position with IIIrd Tyme Out. As a result, his last show with the band was this past Saturday (1/6/2018) at The Fairview Ruritan Club in Galax, VA. It was a fun night of joking and carrying on with each other, as we always do, and catching up on our personal lives since we had just returned to performing after a six-week holiday vacation for the band.  For me, and I think for all of us, it was a very enjoyable evening of performing and reminiscing about the last 12+ years that Justen has held the fiddle playing position in the band. Although we hate to see him leave the band, we understand and support his decision and wish him and his family all the best in this new venture and chapter in their lives, and we know that we’ll see them from time-to-time in our travels.”

Upon his departure, Justen offered much gratitude to his fellow bandmates and the many friends he has made over the years. “It has been an amazing ride over the last 12 years. Russell and the band gave me the opportunity of a lifetime and I will be forever grateful. I have gained lifelong friends near and far and want to thank each one of you for the impact, support and encouragement you gave me while I was on the road. My kids have expressed their desire for me to come off of the road. Therefore, I will be working from home as I continue to pursue one of my other passions in dog training. We recently opened a dog boarding and training facility (“Haus Luc K9”) that will allow our family opportunities and adventures in the region. We are excited about this new venture and what it brings for our family, but sad to see the music chapter end. I may not be playing music, but I would still love to hear from you so don’t be strangers! Thank you again for your support, memories and life changing experiences.”

Regarding the new year and what it holds for IIIrd Tyme Out, Russell says, “As for the band, we’re in the process of re-grouping and gearing up for our 2018 touring season which, by all accounts, looks to be a very good year with many show dates, and we look forward to seeing and performing for all our friends and fans!!”

Russell Moore & IIIrd Tyme Out will resume their 2018 tour later this month with appearances at the Shepherdsville Country Music Barn (Kentucky) on January 19th and The DeKalb Theatre in Fort Payne, Alabama on January 27th. “And speaking of Alabama,” says Russell, “Even though I live in Georgia, I should be able to have recovered from the loss of the National Championship in time to hug the necks of all you Crimson Tide fans. See y’all at the show!”

About Russell Moore & IIIrd Tyme Out
The International Bluegrass Music Association’s (IBMA) most awarded Male Vocalist of the Year (5-time career), Russell Moore, is truly at the top of his game. Fronting one of the most popular bands in bluegrass history; Russell Moore & IIIrd Tyme Out are celebrating 27 years as one of the genres most awarded and influential groups in modern day bluegrass. They have recorded 18 albums including Timeless Hits From The Past Bluegrassed, released exclusively in Cracker Barrel Old Country Store, and listed among Billboard’s Top 5 Selling Albums of 2013. They reached a new career milestone with their latest self-produced album, It’s About Tyme, which has been the fastest charting album in the band’s history, making its debut on the National Bluegrass Survey’s Top 15 Albums at #2 then climbing to #1 where it remained for an unprecedented SIX consecutive months! All that success resulted in an IBMA Awards Nomination for Album of the Year. Most recently, the band enjoyed an appearance on national television as part of Bluegrass Underground’s series for PBS. As journalist Jon Weisberger recently stated, “…it’s more than just longevity that gets Russell Moore’s name out front. The man is, to put it simply, one of the finest singers you’ll ever hear, and he makes it seem positively effortless.”