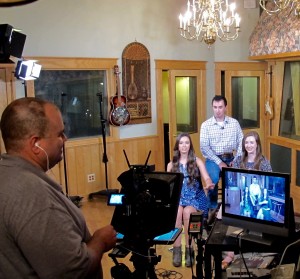 If you happen to live in the Knoxville, TN viewing area, be sure to catch Flatt Lonesome on WBIR Channel 10 on Thursday, September 15th. They’ll be performing on Live at Five at Four, promoting their appearance later that night in Dandridge, TN for Music On The Town and also their shows in Kodak, TN on 9/16 for Dumplin Valley Bluegrass Festival.

Flatt Lonesome recently taped four episodes of Bluegrass Ridge, a new television show showcasing videos from their favorite Bluegrass stars! They had a great time filming with Brian Covert of CJM Productions and appreciate the opportunity to host these shows. The next two will air the week of September 12th and September 19th. For more information, including TV stations that carry Bluegrass Ridge, click here.